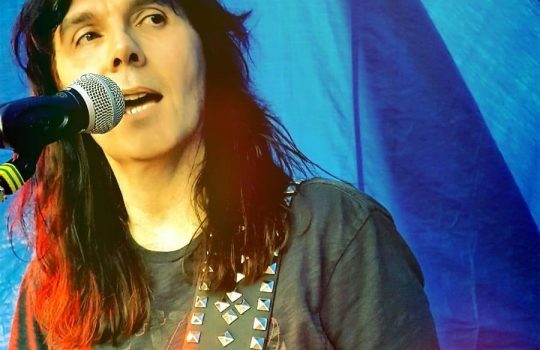 A guitar player since his teens, Mark played in various Belgian bands in the 80s.

He left Belgium to establish himself in Dallas, Texas (USA), where he played with bands. They played shows with Warrant and George Lynch.

While abroad he completed the recording program of The Conservatory of Recording Arts & Science in Phoenix, Arizona in 1999.

He released a self made album of classical guitar the following year.

After a couple of years in the US he came back to Belgium and released an instrumental album in 2008 called "Out Of The Blue".

2010 saw the birth of a more aggressive rock album called ”Healer Of God" mixed by Andy LaRoque in Sweden.

guitarist. The band released an EP in 2014 and played all over the country.

In 2015 movie Producer P. Glotz asked him to write the soundtrack for the movie “Belgian Disaster”.

A video clip was released for the song “No For An Answer”.

In 2016 Mark joined cover band “The Broadcasters” and played many shows in Belgium.

and the groovy Thomas Beyaert on drums.