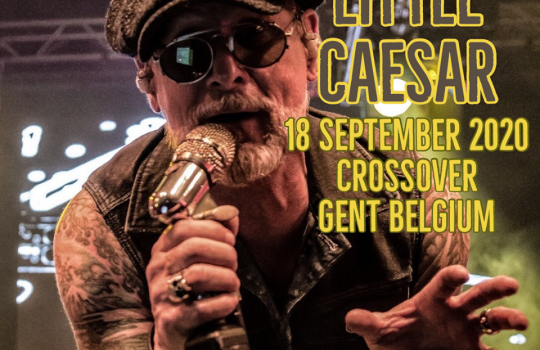 Little Caesar release "EIGHT" on Golden Robot Records. It's the first studio album in 6 years following their live album released in 2016 titled "Brutally Honest". They have just returned form a tour of the UK and will be touring Europe this May.

Nobody quite knew what to think of these long haired, tattooed bikers singing such soulful, yet ballsy, rock music when they arrived on the scene in Los Angeles in 1987. They stood out amongst the "Hair Bands" that populated the music scene at the time.....a distinction the band wore as a badge of honor. Much hype surrounded the band as they were managed by music legend Jimmy Iovine, guided by legendary A&R man John Kalodner and produced by Bob Rock. It seemed like a formula for success, yet the band met an unfortunate set of circumstances that left many scratching their heads shortly after the release of their self-titled debut album. Many were to speculate why the band never achieved the level of success that their legendary team of backers took as inevitable. Many were to speculate that it was due to the dichotomy between the band's gruff appearance and their sound. The truth was that the band fell prey to an unfortunate set of circumstances that occurred in the limited window that bands get to produce sales in, or get exiled in the music business. Three weeks into the bands initial release, Geffen Records was sold, their label Manager left the company, accountants took over, and their records where lost in transit to their new distributors. As sales dropped off due to the lack of product availability, the accountants shut the project down. And so, another band dies....there's always more where they came from in the rough and tumble world that is the music business. Little Caesar first appeared on Metal Blade’s “Street Survivors” compilation. The band then released a four song EP titled “Name Your Poison” (produced by Joe Hardy of ZZ Top fame), which subsequently led to a deal with Geffen Records. Little Caesar’s eponymous 1990 Geffen debut was produced by the infamous Bob Rock (producer of Metallica’s self-titled 1991 multi-platinum release, Motley Crue’s “Dr. Feelgood”, and The Cult’s “Sonic Temple” among others). The album was a no-nonsense collection of hard rock in the vein of ’70s giants like Bad Company and Humble Pie, and was also brimming with classic R&B influences, garnering widespread acceptance and positive reviews from the rock media. It also featured two Motown covers, including a ballsy rendition of the classic Aretha Franklin track, “Chain of Fools,” which hit the Billboard Top 100 chart and received strong airplay nationwide on both rock radio and MTV. The group toured extensively opening for such legendary acts as Jane’s Addiction, KISS, Social Distortion, Iggy Pop, Billy Idol, and Lynyrd Skynyrd. They also headlined their own club tours, and appeared on TV’s popular “Arsenio Hall Show”, “The Rick Dee’s Show”, and MTV’s “Sex in the 90’s”. Vocalist Ron Young was also featured in the movie “Terminator 2” as a tough talking biker that gets into a fight with the film’s star, Arnold Schwarzenegger. 1992 would bring the second full-length album, “Influence”, which would have Earl Slick (of John Lennon, David Bowie, and Ian Hunter fame) replacing Apache on guitar. The “Influence” album was produced by the highly respected Howard Benson (who has recently produced releases for platinum artists like Daughtry, Papa Roach, and P.O.D. among others). The band completed its first tour of Europe after the release of the album and drew rave reviews and sold out crowds across multiple countries including a sold out headlining performance at the famous Marquee club in London. As the band slowly recovered from the shock and lessons learned in the nasty world of the music business, they always remained close, as they are a family way before they are a band. They started to do local shows and remember why they loved music and each other. Since the reformation, the band has played high profile shows at venues as House of Blues, California Speedway for NASCAR, and the Rock The Bayou Festival in Houston TX. In 2010, Little Caesar moved forward with a vengeance on a worldwide level with a release titled "Redemption" as well as touring in the US, Europe and the UK and in 2012, Little Caesar released "American Dream". Produced by Bruce Witkin, a powerful, no nonsense, guitar driven group of songs that takes the band to that same warm R&B driven Rock and Roll Universe they call home. They performed at the Hard Rock Hell festival in Wales in Dec 2012. They returned once again to Europe in 2013 appearing at The Download Festival appearing alongside such acts as Iron Maiden, Motorhead, Rival Sons, and Queens of the Stone Age. In 2016. Bass player Pharoah Barrett (The Four Horsemen) joined founding members Ron Young (Vocals), Tom Morris (Drums) and Loren Molinare (Guitar) and they released a double live CD titled “Brutally Honest” which authentically captured the band’s live energy. In 2017 the band has continued touring the US, UK and Europe and entered the studio to work with Bruce Witkin again for their upcoming release on Golden Robot Records. Joining the band on Guitar is Mark Tremalgia (Bang Tango, Chambers Brothers, Brothers Johnson) whose band “Disreputable Few” has been backing great artists Billy Gibbons, Slash and Butch Trucks. The band has upcoming tours in the UK and Europe to support their 5th studio album and 8th release entitled “Eight” coincidently. 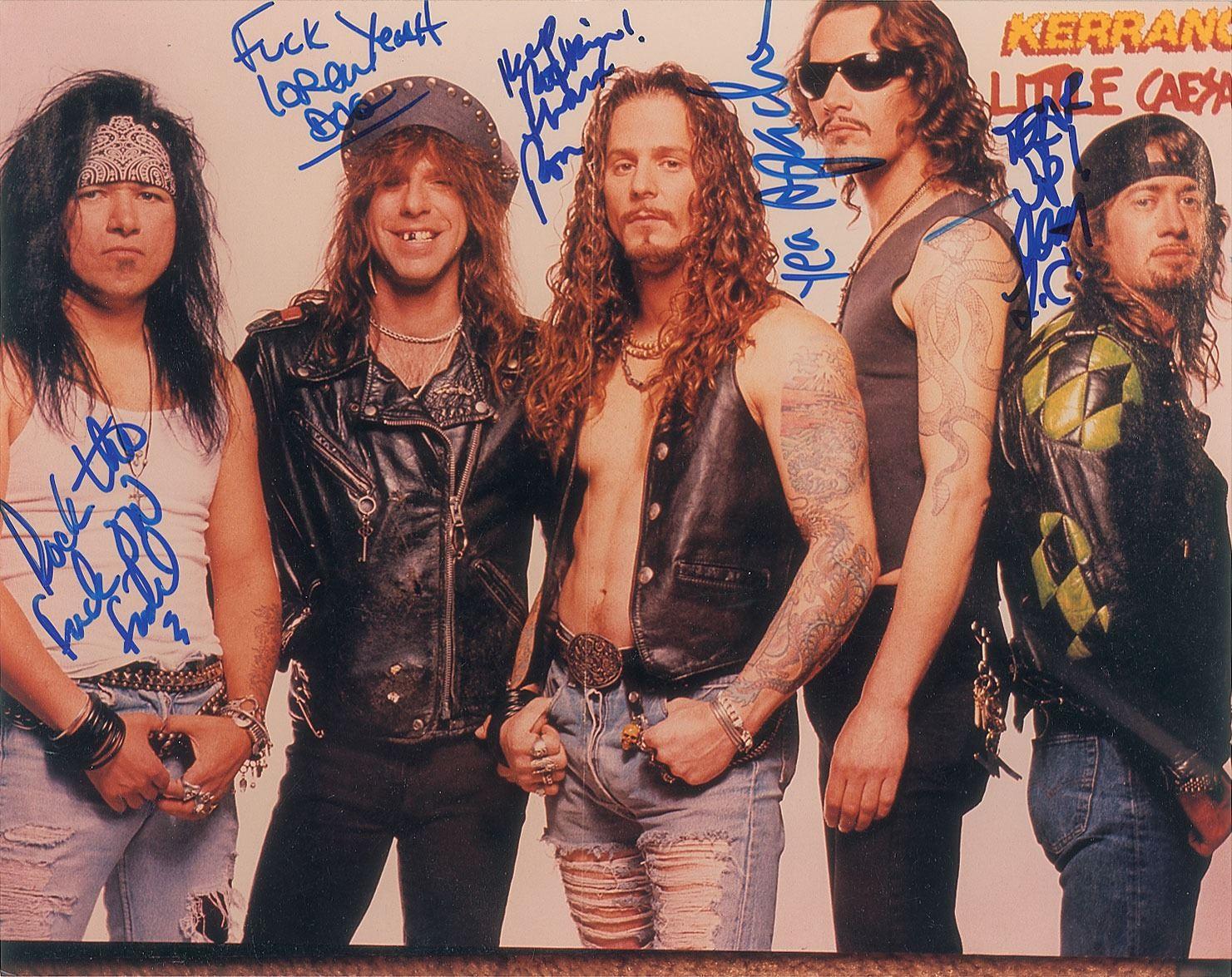