The album received rave reviews across all territories and placed #1 on the Roots Music Report Canada Top 50 for 11 straight weeks and continues to place today. It was featured as album of the month on the IBBA chart, gained repeated top 5 placement on the International/US Rock Blues, and top 20 placement on the International/US Blues RMR charts. They have been featured on Sting Ray and Earshot charts among others.

Born out of a love for southern soul, roots rock and blues, and a passion to create a powerful, moving experience for listeners, Bywater Call was formed by singer Meghan Parnell and guitar player Dave Barnes in 2017. The 7-piece outfit is completed by Bruce McCarthy on drums, Mike Meusel on Bass, Alan Zemaitis on Keys, Stephen Dyte on Trumpet and Julian Nalli on Tenor Sax.

The band has been featured on the Canadian Festival Circuit, including Tremblant International, Toronto Jazz, and Toronto Beaches Jazz Festival, to name a few, and toured Europe in early 2020, playing 39 cities in 45 days to packed houses.

With elements of jam band, traditional blues, soul and rock and roll, with touches of New Orleans, Alabama and small town Ontario, with influences from The Band to Duane Allman to Aretha Franklin to Otis Redding to Elmore James, with solid musicianship based in jazz, and with gritty, raw and emotional vocals, Bywater Call seeks to strike to the core of all who listen. 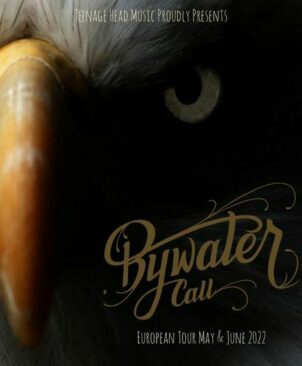