Beyond The Labyrinth + John L Live

Beyond The Labyrinth (BTL) is a group of accomplished rock musicians with various backgrounds ranging from mainstream, A.O.R and progressive rock, drawing inspiration from (a.o. but not limited to) bands like Deep Purple, Queen, Genesis, Toto, 70’s pop and rock to 80 and 90’s metal,.

Since 1996, BTL have released 4 albums and numerous singles, with numerous video clips to support the music/

Beyond The Labyrinth believe in the symbiosis and cross inspiration between different art forms and have fully embraced new the link with videography and photography as an added a art form instead of for promotional purposes only. Check out the BTL YouTube Channel.

They have played opening shows and festivals with both famous bands in the style like Y&T, Uriah Heep, Doro, Jon Oliva’s Pain, Threshold, Riverside, Pagan’s Mind (and more) as well as local mainstream heros like De Kreuners & The Magical Flying Thunderbirds.

Winner of the 1999 Mindview First Blood Awards for up and coming rock and Metal bands, BTL also represented Belgium at the 2012 Global Battle Of The Bands World Final, playing the Skala in London. 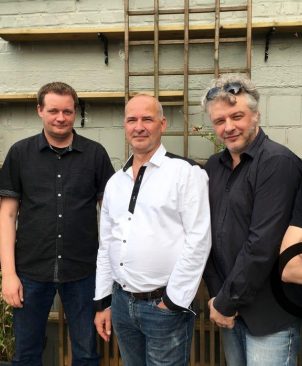