MADE IN PURPLE takes on the mission to revive the magical album MADE IN JAPAN by DEEP PURPLE. With the utmost respect the songs, sounds and solo’s of “Made in Japan” are presented in an exhilarating live performance. Live... on the spot... as it happened in 1972.

One of the best known and best selling albums in history is “Made in Japan” by Deep Purple. An iconic double live album recorded during three sold out shows in Osaka and Tokyo in its most successful line up (MKII: Gillan/Glover/Lord/Blackmore/Paice). The record was recorded, produced (by Martin Birch) and released in 1972.

These songs were performed:

Highway Star, Child in Time, Smoke on the Water, The Mule, Strange Kind of Woman, Lazy, Space Truckin’. In 1998 the album was remastered and 3 encores (played at the time) were added: Black Night, Speed King and Lucille. This album lifted Deep Purple to the status of ultimate global headline rockband and remains after nearly 5 decades the ultimate reference for every single hardrock and metal band.

Entranced and inspired by the hardrock virus of the 1970’s the musicians of Made in Purple are each going back to their roots with this repertoire. This ambitious project is driven by a desire to investigate the musical and technical challenges and to embrace the spirit in which the album was created.

Four seasoned session and live musicians who pass on the rockvirus to next generations at the Music Conservatoriums of Brussels and Ghent, one younger vocal supertalent who, as Ian Gillan originally did, performed the role of “Jesus” in the musical Jesus Christ Superstar: they will transport you back to the mythic live masterpiece of Deep Purple’s Made in Japan. Live... on the spot... as it happened in 1972. 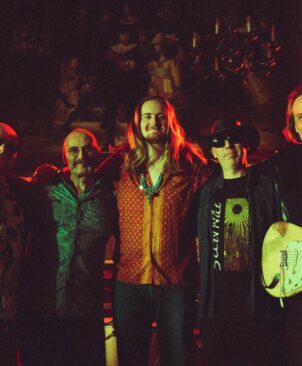