Soul 'n Roll from the heart of North Carolina..."

JMM was originally formed as a three-piece in 2005 by Mason Keck and Seth
Aldridge. With this line-up they recorded two releases with Grammy-nominated
producer/engineer John Custer (DAG, Corrosion of Conformity, Dave Grohl): an
EP, Jive Mother Mary in 2008 and an LP, All Fall Down in 2009. Their first
few years allowed them to travel all over the country, and at age 15 they
were the youngest band ever to play the Sturgis Motorcycle Rally. In 2011
the band became a four piece, adding Tyler Schulz and Will Sanders to the
lineup. Later that year they headed west to attend Musician’s Institute
in Hollywood, CA. With new-found energy, this lineup hit the ground running
in L.A., writing new music and playing places like The Viper Room, The House
of Blues on Sunset Blvd, and The Mint to name a few. Over the next two years
the band sharpened their skills and stage presence and began work on their
third release at Blue Forest Studios in Sherman Oaks, California and Dark Pines
Studios in Graham, NC. The result was the band’s 2013 EP Big City Blues. It
features guest spots from their talented friends Rhett Huffman (b3 & keys) and
Al Bonhomme (guitar, Dwight Yoakam). Riding that creative momentum and already
working on new material, the band decided to trek back across the country to
one of the southeast’s hotspots for up-and-coming bands: Athens, GA.

After two years of practicing every day in the house that they all shared and
shows all up and down the east coast, the band headed back home in 2015 to begin
work on their then-untitled fourth release. The resulting EP, Home Is Where The
Heart Is, is a testament to their continued growth as songwriters with a unique
voice and authenticity all their own. JMM is proving one show at a time that
there is still life and new ground to cover in rock n’ roll. 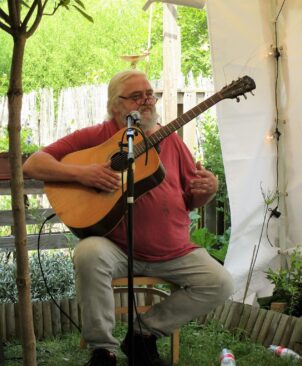